Well, the windows are in. The installers were great, and have been the only competent people I have dealt with in the last 4 months. They tore out the old windows and installed the six windows and sliding glass door in less than a day. We are happy with the new look for the home, and hope that the windows make a difference in our heating bills this winter. 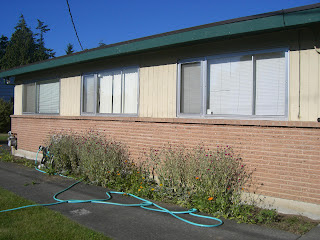 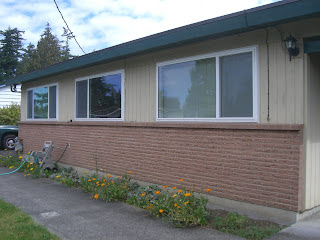 Unfortunately one of the widows had a crack in it. It is pretty small, and it sounds like it happened in the factory. The installers said they would call in a report and get a replacement pane ordered. The windows were installed on August 9th. Now it was back to dealing with the inept office.

I waited until Monday to call in, both to make sure that the order was placed and to see if they would start taking some initiative now that I owed them money. Yeah right. So I called to check on the ordering and to talk about holding back some money until the repair was done. They shuttled me off to the “repair” woman. Several messages, then they said it would be two weeks.

I called in two weeks and left a message, no call back. I’ve been calling all this week, and it took them three days just to find my file. Now they say the glass “may” be in 9/19 or 9/26, over a month and a half after the order date. I of course expressed my displeasure and let them know that I expected a discount for putting up with their ineptitude. I told them the only saving grace is that they haven’t bothered to ask for any of the money I owe them.

There are times when I kinda wish I was still in construction. We really stood out above the rest, but I am finding out how easy that was.

I am constantly amazed at the lack of work ethic, and good customer service out there. Why does it still surprise me?

Contractors, man. What a bunch of rejects!

Seriously, what he said.