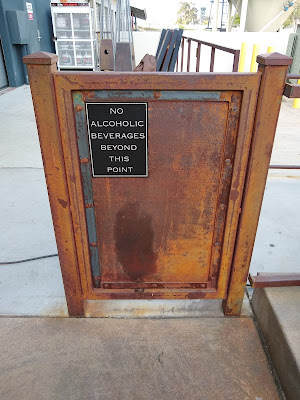 Had another Dry January this year.

Last year a group of us participated in Dry January together. The motivation was to (in a small way) support our friend who was pregnant and giving drinking up for a much longer period. This time around there was less of a concrete reason, but the same group was in just the same.

It was another easy go of it. Last year I had a brain fart and drank while out with my brothers, but this time around there were no slip ups. No drinking without thinking this year.

One activity I have enjoyed through the two years of pandemic is getting out for a round of golf with friends, picking up the sport again after all our bike events were cancelled. Since we are out of doors the entire time, the risks are much lower. It has been a bit of a savior of sanity. About the only real thing I missed related to this Dry January was the post round beer and debrief.

One big difference this time around is the ever increasing non-alcoholic (NA) choices. Cutting back on alcohol is having a bit of a moment. A few years ago your choice was basically O'Douls, which is a non-alcoholic version of a style of beer I don't care for in its "real" version. Now much like how the explosion of microbreweries brought increased variety and quality to regular beer, more and more companies have sprung up to produce interesting non-alcoholic beer.

Non-alcoholic wine has been around for quite some time, but from what I had heard, it has been pretty terrible in the past. Now there are more choices for wine substitutes as well, but I didn't try any this year so I can't vouch for their improvement.

However, one of the options I enjoyed the most was the Hoppy Refresher from Lagunitas. It is basically a hop flavored seltzer and was actually created for the Lagunitas employees. One of the perks of working for a brewery is free beer, but that doesn't work out so well when you are on the clock. The company created this to hand out instead, and it was such a hit they started selling it to the public. 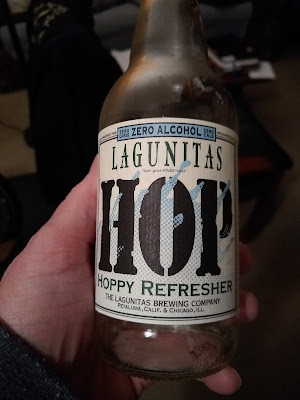 The hop seltzer is its own thing, not trying to pretend to be beer. Often a substitute that isn't trying too hard at replication is actually more interesting. For example, I would much rather have a Garden Burger than an Impossible Burger. The Hoppy Refresher even has this great, non-Surgeon General warning. 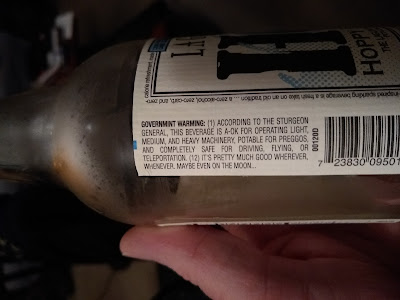 One new addition to the lineup this year was gin substitutes. I do love me a gin and tonic, and I have found a couple of NA substitutes that are quite enjoyable in a mocktail. One odd thing is that the non-alcoholic versions are more expensive than the real thing, sometimes almost double the price. Clean(ish) living isn't cheap.

Were there any lessons or morals to the story in not drinking for a month? Not really. No epiphanies were had, I didn't lose a bunch of weight, and I didn't feel more rested in the mornings. As with previous Dry Januarys I have participated in, it was mostly concrete goal to start the year, and a check against habits running in the background. You can't change habits you don't pay attention to, and over all it is just good to pay attention.

There was one clear benefit this year. When I was mostly separated from friends in January, it was nice sharing this common goal with the group. We'd check in through text or through video on Marco Polo, swap stories and drink suggestions. It was good excuse to reach out. I kept us connected in a different way during a month that is statistically the most depressing.

Will I do it again? Probably. But there are plans this weekend to see friends and enjoy an adult beverage together. In person.

Email ThisBlogThis!Share to TwitterShare to FacebookShare to Pinterest
Labels: a better me, friends, health

Flashing back to small posts about random things

I have started reading old posts here. I have actually started from the first one and I am working my way forward, post by post. I think I started the "project" hoping to find some good stuff that I had forgotten about, and reminisce a bit about almost 15 years of writing in some form.

I have made my way through 2007 and am currently in the spring of 2008. Things will go sideways by the end of that year, and the 2009 posts will have some subtext clear only to me, but we're not there yet.

In the heady days of 2007, I was excited about this new outlet and was posting nearly every day. A lot of the posts were small updates, random thoughts, articles that had caught my eye, and responding to and promoting my friend's posts who were also beginning bloggers. Not much of those first six months were worth re-reading, and a lot of the moments were mundane, but discovery can come in small moments. But again, I wasn't really there yet.

Back then I also wrote a lot about environmental concerns. I was pretty passionate about it, wanted to talk about it, share whatever tips I might have, etc. A decade and a half later, I still think we are treating the planet too much like a rental car we don't give a shit about, but I am more discouraged than passionate. The companies that produce so much of the waste in this world have done a great job of pushing the onus on the consumer to consider our own carbon footprint, while not much considering theirs. At their scale, they can make a tiny change that has massive impact, while if I make a massive change the impact is small.

But I still try to do my best, if only to better live with my decisions.

Anyway, to harken back to those 2007 days of talking about small random things...why is it so hard to find powder laundry detergent these days?

I have long used powder over liquid detergent to save on the unnecessary shipping of water, and to reduce plastic bottles going into the waste/recycling stream. However, for some reason it is much harder to find these days. My local grocery has shelves and shelves of liquid/plastic detergent, but not a single cardboard box of powdered detergent. On the way back from the library on Sunday I stopped by a different grocery store. Again, so many choices of liquid detergent. It took me three scans of the aisle and nearly giving up before finally finding the one box/powder choice on the bottom shelf. Small victory.

I get home and notice a small sticker on the box. 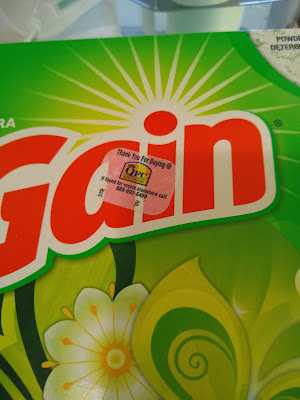 So now I wonder if there is a black market for powdered laundry detergent. Maybe I am looking in the wrong aisle, and it is actually locked up behind protective glass somewhere with the Benadryl.