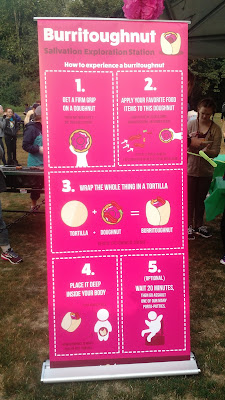 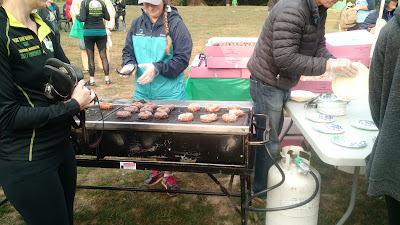 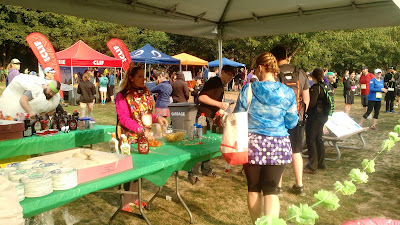 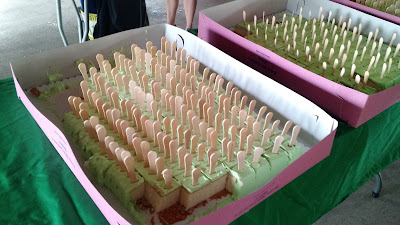 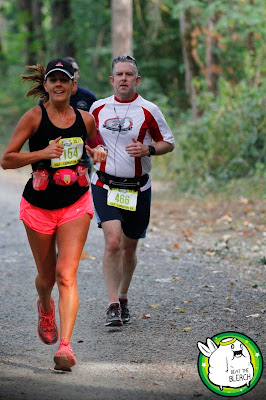 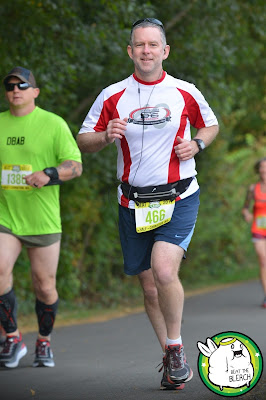 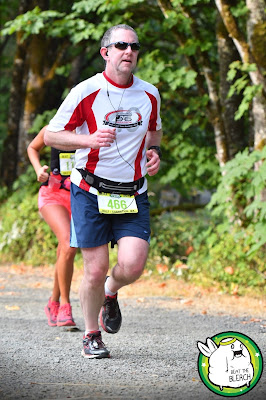 Running circles in my mind

Where can you run to escape from yourself?
~ "Dare You to Move" by Switchfoot

I have been struggling a bit this year. It hasn't been to the depths of depression, but there has been a lingering feeling of lowness and sadness. A few things recently have ramped up this background feeling and brought it to the forefront, but that is a story for another post. For now, I want to talk about the small things I am trying to do to push back the branches that have been closing in.

I have been pretty inactive this year, at least in comparison to previous years. When I did not get a permit to hike The Wonderland Trail, I really lost steam. This was already going to be a step-back year for biking and running, and when the big hike fell off the calendar, I let myself wallow and stagnate. And my psyche suffered.

On May 29th, I put a September 16th half marathon on the calendar to have a finish/deadline to encourage me to get back out on the roads.

I ran a mile on May 31st, ran three times in June to "prepare" for a 5k, and then didn't run a step until the end of August. I had been doing some bike riding to prepare for the RSVP, but even that was a bit half-hearted.

I had basically forgotten about the half marathon, but I needed to get back out on the road for other reasons. I needed to stop running circles in my mind, torturing myself with ruminating and over-thinking, and leave some of that crap by the side of the road. August 24th I ran two miles at lunch, and then a 5k that Saturday (which I had also forgotten about). It was of course a bit painful, as first steps always are, but I was at least moving. And being among other runners at the 5k - well, that community always feels so inclusive. Shared challenges can pull you out of your own navel gazing and drain circling.

Forgotten or not, the half marathon was still out there. Training cycles are of course typically about 16 weeks, so with three weeks to go, this was going to be cramming for finals. Fortunately the half marathon I signed up for was sort of perfect. The Beat the Blerch run is sponsored by a local guy that creates the online comic, The Oatmeal. He talks a lot about how running has saved him from his darker/lazier side, penning the book The Terrible and Wonderful Reasons Why I Run Long Distances. He talks about how running lets him find the void, the silence of mind where you are not constantly bombarding yourself with current stress or past failings. Running has helped me find a similar peace in the past, and I hoped I would find it again in rhythmic footfalls.

"The Blerch" is a character that Mathew Inman created that "represents all forms of gluttony, apathy, and indifference that plague my life." Along with the nice metaphor of The Blerch to represent the crap I was trying to exercise from my mind (pun sort of intended), the half marathon was an event that didn't take itself too seriously. Keeping with the theme of temptations, there would be cake, Nutella and couches at the water stops. There would also be costumed Blerches to chase you down the trail.

And I obviously had not taken the training very seriously. From August 24th to race day, I ran a total of seven times - four weekday 2 milers, and weekend runs 3, 5 and 8 miles. I missed a couple of runs due to bad air quality from the fires, and one because of work. The half marathon was also the morning after one of our four major work deadlines, so that didn't make it any easier. I obviously went in with no expectations, figuring that if the wheels came completely off, there was always cake, couches and a good story.

How it all turned out up next.