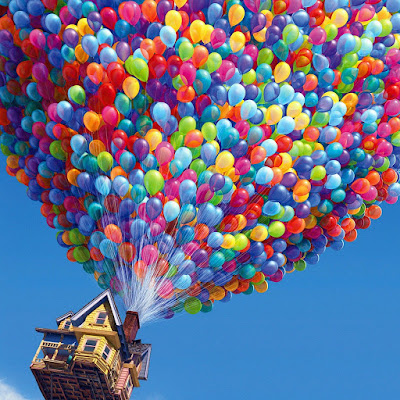 I watched UP this evening for the first time in years. For some reason, the Pixar movies are not on Netflix, so I hadn't been able to revisit them in my ever expanding queue. But then I thought, "To the Library!" Wall-E was first, and I need to get in line for the other wonderful cartoon adventures.

Being the social media butterfly that I am, I posted "First fifteen minutes of UP. Gets me every time." A friend commented not long after, "I don't watch that crap."

And it made me sad.

If you are one of the few that haven't seen the movie, the first fifteen minutes are the meeting, courtship, marriage, life and ultimately loss of a loving partner. The life between ages 10 and 70 is portrayed with no dialogue, and yet you completely understand the joy and then loss of love and companionship. The rest of the movie is still a fun romp, including a lovable dog that you can listen in on his thoughts. The dog portion alone would be enough to grab me, but nothing tugs at the heartstrings like the first fifteen minutes.

The reason the comment made me sad (and it is completely possible that I am reading too much into it) is that the person writing it has had a tough go at love. Many of us have. I have. I don't imagine the storybook running through the fields of flowers ideal, but somehow, I still hold out hope for that growing old together and looking back on a life well lived picture in the scrapbook.

Anyway, the odds can seem long at times, and it is entirely possible I will be that cranky old man in a run down house shouting at "progress", but I still hold out hope for the happy ending.

You know, the stuff of movies. 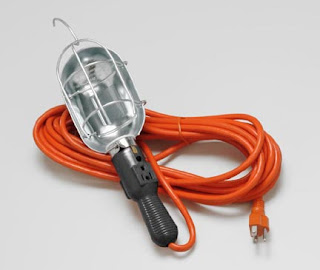 2015 has been a year of change. New home, new car (well, new to me), I started dating again, and I adopted a dog. Not all of it has worked out, and those stories will come later, but all in all change has been good.

So where exactly have I been? That is a good question and I am not exactly sure of the answer. I have felt very lost recently, and unfortunately that is not an entirely new feeling. I have battled depression on some level for as long as I can remember. It is not always sitting at the table with me, but it is always lurking in a corner asking me to greet the darkness again.

I was recently at my 30th high school reunion (another story on the docket). As I was ducking out a bit early, I ran into an acquaintance, if not a close friend. We chatted enthusiastically for a bit, and then she stopped me with a question seemingly out of nowhere.

The question was so honest and direct, I did not stall or deflect. I took a breath and with a half smile I said:

A couple of recent mornings, I have walked out my door and a weight fell on me, wrapping itself around my chest. A feeling I can't quite describe welled up in me, and I felt like weeping there on the front porch. Though it had been a couple of hard weeks, I can't point to the trigger or thought behind the feeling. It just is. And I can't reason my way out of it. On some level, I feel like I should be able to, because again, life is generally good, can't complain, thanks for asking.

I was listening to a two part interview with a Dr. Kirk Parsley on a running podcast recently. He is a doctor, athlete and former Navy Seal who has focused his research on the importance of sleep. His point of view is that sleep is one of the four pillars of good health and performance, along with nutrition, physical activity and stress management. In an analogy, he describes a man driving into a shop to try and figure out why his car is driving so poorly. His suspicion is that it is a clogged fuel filter. The mechanic points out that he is driving with only three wheels, and maybe he should address that first.

We tend to focus on these small things, tweaking the air/fuel mixture, ignoring the sparks flying from the wheel-less rotor scraping the ground. Dr. Parsley goes so far as saying it is often pointless to try and make a medical diagnosis without first addressing these four pillars. He himself was diagnosed with ADD when in med school, and the symptoms line up almost perfectly with sleep deprivation. Sadly, it took him years to figure out that was the real problem.

Before I delve too deeply into why the darkness has returned, I am going to address these four pillars. Sleep was number one on the list. It has always been a problem for me, so it seemed the obvious starting point. I have been going to bed earlier and reading pages instead of screens. I still feel like crap most every morning, but I am trying to fix each tire in turn.

That said, I think writing again is a critical piece of the puzzle. I am re-reading George Sheehan's Running and Being, the Total Experience. I read it almost six years ago, and did not particularly enjoy it. To be fair, I was not in a good mental state when I read it. I had just moved in with my parents after selling my house as a result of my pending divorce. Some of his statements seemed all too black and white. I have never been a fan of absolutes, and I certainly wasn't when it felt like there was not much I could believe in.

Anyway, there is a quote early in the book:


"Sin is the failure to reach your potential. Guilt is the unlived life."

This is where a lot of my guilt comes from and is a significant part of the darkness. I don't wake up each day disappointed in myself, but there is certainly a baseline shame in what my life has become. Though logically I know outside forces and circumstances played some part, it is my own two hands I look at for my failure to make this life something special. To heed Thoreau's warning, I may just come to the end of this life and find I have not lived.

On a run tonight, and on another running podcast, a Friedrich Nietzsche quote struck a similar chord. Nietzsche believed that the central task of philosophy was to teach us how to ‘become who we are’, in other words, how to discover and be loyal to our highest potential.

I don't know if there is any great purpose in our lives, some certain thing we are destined for, but at the same time it feels like we each have something unique to contribute, and it would be a shame if the world did not get to share in it. I don't know that writing is my highest potential, but for now it feels like an important part of who I am, and a critical part of my way forward.

So before we pop the hood and start yanking on wires, we start with making sure those four tires are not only on the vehicle, but are fully inflated and have some tread on them. If the four pillars are in place, I will be able to think more clearly and make better decisions. Then we can start tweaking the finer points and see if there is something else that can shine a light in the darkness.

And we start here, pen to paper and bits to the ether. Decrease the words stuck in my head and maybe elevate them to some purpose.