Lost in the trees

I started playing disc golf, cause Lord knows I need another hobby.

Matt and Jenica took me out for my first round a few weeks ago. It was one of those activities that had been sitting at the back of my brain for some time. Years ago, Buzz and I would go to a park and throw the Frisbee back and forth. It was a good excuse to just get outside and catch up on things - talk about nothing and everything.

Anyway, disc golf was pretty different than expected. I had traditional golf in my head as I showed up, so I imagined clubhouses, tee times and grass fairways. Not so much. The course we played wound through the woods with lots of trees between tee and hole. Unlike traditional golf, you can't just step up to the tee and try and hit it as hard and straight as you can. You have to thread an opening or bank your disc around pines and maples.

There were lots of distinctive "thunks" when I hit trees squarely, and several times when I thought I had nailed a shot, only to see the disc clip a branch and veer sharply, but it was a great time. I played with a disc borrowed from Matt, but we saw guys carrying around ten or more discs in a backpack, specific discs for specific shots. Like any sport or hobby, you can make it as complicated as you want, but I settled for buying a couple of $10 discs the following week. With no charge to play at most courses, it is about the cheapest hobby I could add to the collection.

After work last Friday, I decided to check out a course in Kirkland. It winds through the campus of Northwest University. I didn't even know the college existed, much less the disc golf course. Like the course in Bothell, it wasn't entirely clear where to start, or where the next tee was after each hole. No signs or golf cart path to follow. The course was much more open, though, with only the fourth hole being heavily wooded. The openness should have made it much easier, but I guess the combination of beginner's luck decreasing and expectations rising meant I wouldn't do as well. Still, another good time.

As I opened my car door to head home for dinner, I realized I didn't have my eyeglasses. They had been in my shirt pocket while I was wearing my sunglasses, but they must have flown out on a throw, or fell out when I bent over to pick up one of my shots. Panic started to rise, but I assured myself that I would find them. Not only is the course relatively free of underbrush, but the grass was either dormant or cut short, so the glasses wouldn't be hidden away in any US Open style rough.

I walked the course, remembering pretty well where my throws had gone. I moved briskly, hoping to find them before anyone else had a chance to step on them inadvertently. Eyes scanning left and right, looking for a flash of blue or a reflection of glass. When I saw other "golfers", I let them know I was looking.

I made it through all nine holes without seeing anything other than occasional strips of blue tape lying in the grass. I started over and walked more slowly, sweeping my gaze on a wider swath. When I got to the wooded fourth hole, I pawed through the underbrush in case the glasses flew out on that one throw. Still nothing. I walked the course a third time, walking the width of each fairway this time, even when I knew I did not go anywhere near one side or another. The third time was not the charm.

I wrote up a quick sign on a bit of paper bag and stuck it to the sign at the first tee. I went back to the forth hole one last time with a flashlight to see if I could find a reflection in the bushes, but all I found were beer bottles. I went home with fading hopes and the realization of what I had lost. This is only my second pair of glasses, but I had uncharacteristically splurged. In my head on the drive home, I thought it would be $600 to replace them. When I looked up the receipt later to try and find the model number, I realized it would be closer to $900 or $1,000 without insurance this time around. This $20 hobby just got very expensive on the second time out.

In a past life, I would have verbally berated myself for being so stupid and careless, but as I have written before, I have turned a corner on this behavior. This would be an expensive example, but maybe that guy is (nearly) gone.

I found a picture of my glasses online and made up some fliers. Saturday morning, I posted them on the first and fourth tees as well as on doors of some of the university buildings. After posting the fliers, I went for a run along the Kirkland waterfront and new cross-city trail (I am way behind on marathon training). Of course, I had left my water bottles in the fridge before heading out, so I was continuing the trend of knucklehead moves.

After getting in about ten miles and grabbing some breakfast I headed home. As I pulled into my driveway, my phone rang. It was the security guy from the university, and he had my glasses. After a quick shower I dashed out there. He was out on patrol when I got there, but he had stashed them in a hidden spot for me. I didn't get a chance to find out where they were found, but I left $60 as a thank you.

Very fortunate to have made it through the weekend with a pretty inexpensive lesson. Like leaving myself Post-It Notes on my bike to remember my water bottles, I may need to find some routine or reminder whenever I take my glasses off. Or maybe I will bring back those sweet 1980s cords to hang my glasses around my neck. 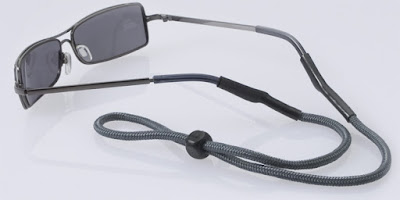