The National Debt Clock in New York City has run out of digits. The billboard-sized display was put up by real estate developer Seymour Durst in 1989. It tracks both the size of the national debt and each family's share of it. Back then the national debt was $2.7 trillion.

On September 30th of this year, the national debt cracked $10 trillion dollars, and the display was not prepared for the additional digit. The digital dollar sign was replaced with a sticker so that the number 1 could be posted. 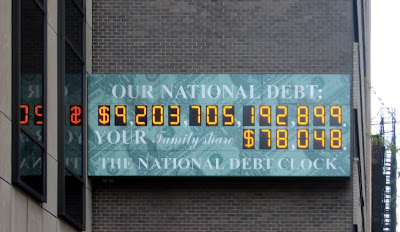 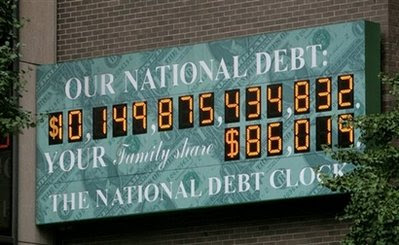