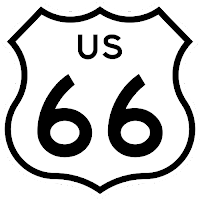 The call of the open road. It is probably an American ideal especially, what with our expansive country, relatively cheap gas, and intricate freeway system. With a single tank of gas, we might be able to cross state lines, yet even with three months on the road it would be difficult to see it all.

The road trip, or even the Sunday drive used to be a thing in and of itself. There was plenty to see along the way. That like life, it was as much about the journey as the destination. Today the journey seems to be a hassle on the way to our destination. Airplanes can't get us there fast enough, and our frustration pushes flight attendants to the emergency slide.

As a teenager it was completely different. Like most men I imagine, cars were an important part of growing up, and we would look for any excuse to go for a drive. A couple friends of mine would ditch class to drive to eastern Washington just to go to the U-Tote-Em Drive In for lunch. We had plans at one point to drive to California - each of us in our own cars, because we all wanted to drive.

I of course don't get as excited about driving these days, but the road still speaks to me. As I prepared for the trip out to Arizona, the drive wasn't just a hurdle to cross in order to get to where I was going. The drive was going to be part of the experience.  I dug through the CDs and grabbed a large handful for the drive. I charged up the iPod as well, but I was really looking forward to listening to some music I hadn't heard in ages. Before long, I was belting out some 80's classics as I drove down the interstate. (There are some definite advantages to driving alone).

The first car I owned was a '67 Ford Mustang. I bought it for $1,300 (it clearly wasn't in "classic" shape) and had the car for over 15 years. It was my daily driver for most of those years, and I was thinking about that car as I climbed some mountain passes today.

My Mustang had power nothing, and certainly no air conditioning. My friend always called it "2-55 A/C" - 2 windows down driving 55 mph. But it was worse than that. Whenever I headed over the pass to eastern Washington, not only was there no A/C, but I would crank the heat in hopes of preventing the engine from over-heating. As I climbed the passes, I would be physically sweating as I watched the engine temperature tickle the red zone. Once I was done climbing and on the downslope, I would shift into neutral (it was a stick shift) and turn off the car completely. As I coasted down the road with the engine off, I would watch the temperature gauge fall back down to normal. Good times.

Today, I was crossing over the moonscape that is eastern California, and the temperatures were above 110. My truck is now 11 years old, so to be safe I turned off the A/C on the uphills. That seemed to be enough to keep it out of the red zone, so at least I didn't have to turn the heat on.

My route today took me north on I-15 to I-40 east. I-40 is the interstate that killed old route 66. Route 66 was dubbed "The Mother Road" and was the first to connect Chicago to Los Angles in a reasonable fashion. Many small towns along Route 66 blossomed as so many Americans took to their cars to see the country. The year after I-40 was finished, Route 66 was decommissioned. Several of those small towns withered, but several others (including Williams,AZ where I stayed this evening) have latched onto the kitsch of 66, and remain as business loops off of I-40.

The interstate highway system does an amazing job of connecting this great nation of ours, the size of which boggles the mind when you stop to think about it. When I turned onto I-40, there was a sign that said, "Wilmington N.C. 2554 miles". It is pretty amazing to think that I can drive that far on a single road (assuming I would want to drive to North Carolina).

But there is something lost with the increase of speed and the skipping by of small town America. As Charles Kuralt said when I-40 was completed in the 1980's, "Thanks to the interstate highway system, it is now possible to travel from coast to coast without seeing anything."

I can't claim that I took the long way here today, but I am really glad I stopped at Williams for the night. It is a great little town semi-preserved in time from the heyday of Route 66. The journey is pretty good so far, and the Grand Canyon is only an hour away.

Hope you're having a cool experience. I recall being in Flagstaff (which maybe you went through today) a dozen years ago and it having the cool Route 66 kitsch as well.

And similar to the Wilmington sign, I often think when getting on I-5 there by the stadiums, that there should be a sign for our I-90 bookend ... "Boston 3028 miles."

Awesome!!! That you actually got in your vehicle and did the road trip!