I finally got around to repairing our garden hose connections. Both the hose bibs out front and back were leaking when they were turned on. This meant a bucket underneath to catch the water every time we wanted to water the plants, etc.

So after a few trips to Home Depot to go through the bins of connections to try to visualize how it was all going to come together, I finally found all the right pieces. 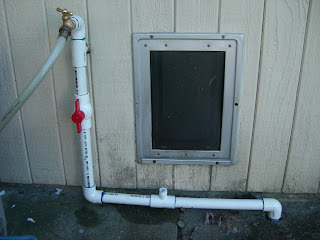 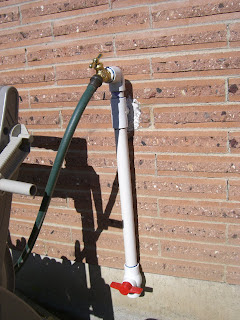 Out front for a sprinkler system to be named later

The best part was being able to use the crescent wrench I inherited from my father in law. I really had no use for it other than it was cool. I couldn't get the old hose bibs off, and the wrenches and vise grips I had weren't giving me enough leverage. Then I remembered the crescent wrench hanging in the shed. 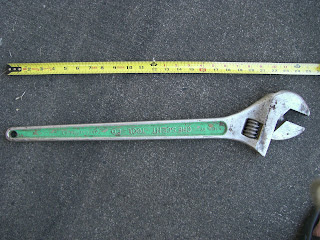 I put the tape measure out to show you the scale. It is 2 feet long! Almost worth mounting over the fireplace.
Posted by Sean at Friday, June 27, 2008

I totally respect your crescent wrench.