My friend Holly passed along this link this morning. Dogs and bikes - somehow she knew I'd be interested. Her friend bumped into David and Chiva when they were in San Francisco last weekend. 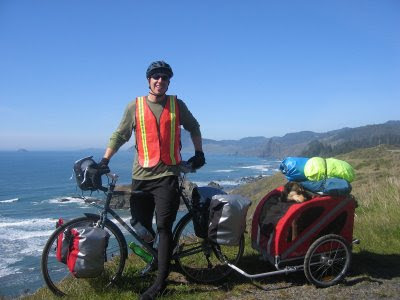 David is pedaling across the United States with his dog Chiva in tow. Their trip started in Seattle in mid-March, and they are currently somewhere near Santa Cruz, California. His rig including equipment, his and Chiva's weight is about 350 pounds. While traveling across the U.S., he and Chiva will hit all of the lower 48 and attempt to climb the highest point in each state. He will also be trying to raise funds to fight animal cruelty. Here is a map of their planned route. 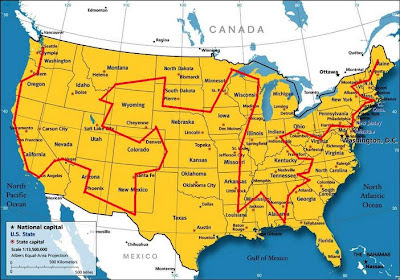 When he hit the Oregon coast and mentioned the Seven Devils Road, I realized he had crossed paths with our route on the Pacific Coast ride in 2006. He travels through the Redwoods of California hitting several of the same small towns that we did. He has some great pictures and stories of friendly folks helping him out along the way.

He seems to post once or twice a week, and you can check in on their progress at: http://bikingdog.blogspot.com/

If you would like to start from the beginning (actually before the trip as he is preparing) you can go here: Before heading out on the trip, he visits some outdoor retailer conferences for sponsorship and equipment ideas, then heads to Alabama for some last minute advice from both his grandmothers (stay out of jail and have fun). You can then move forward along his trip by hitting the newer post link at the bottom of the page. 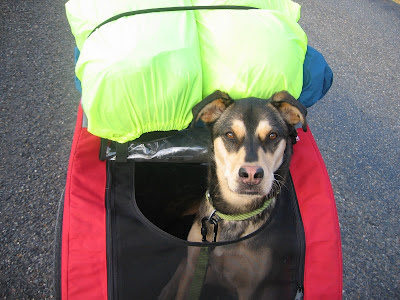 So fun, adventurous, and positive!!