No snow this weekend, so the bike ride was on!

I've joined a biking group that has a scheduled ride each weekend from March through June. The ride series is called Cascade Advanced Training Series (CATS), and is meant to get riders ready for the Seattle to Portland (STP) ride in July. There are actually two series of rides each weekend, one for riders planning to ride the STP in two days (CTS) and another for those planning a one day ride (CATS).

Each of the series rides a new route each weekend, progressively adding mileage and hills each week. Within each series there are a number of pace groups. The CTS series has 11-12, 12-14, and 14-16mph pace groups, and the CATS series has 16-18, 18-20, and 20+mph groups. Every rider can find a group they are comfortable with, and you can change groups each weekend or even mid-ride if you are having a rough day or are feeling particularly frisky.

The series is well organized from what I have seen. The ride calendar is online for both CTS and CATS, and has downloadable maps and cue sheets for each ride. A great benefit of this series, beyond the structured training, is getting exposure to so many biking routes around the Puget Sound area. I get a bit bored riding the same routes all the time, but it is easy to stay on the paths you know. With the maps and cue sheets in hand, you can check out the new routes without much fear of getting lost.

Saturday's route was called the "Eastside Loop" and is pictured below. 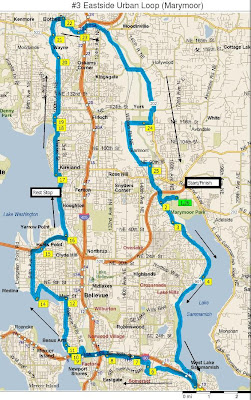 The route has some great water views of Lake Sammamish and Lake Washington while touring through Bellevue and Kirkland. Next week's ride is around Lake Washington, a ride I have always wanted to do, but never took the time to figure out a good route. Now I just have to follow the wheel in front of me.

And as an added bonus, this is all free. The rides are sponsored by Cascade Bicycle Club and led by instructors at Cycle U. Awesome! 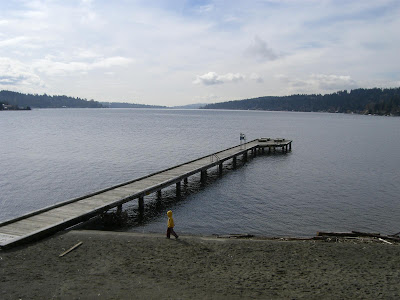 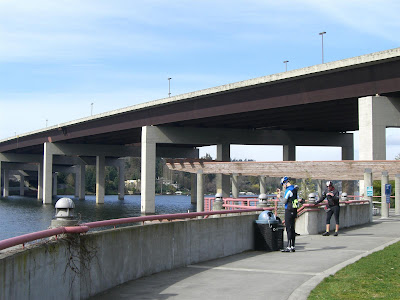