If it were only this easy, part 2

The wife and I both noticed a billboard on the way to Eugene. On the billboard was a picture of a woman's ripped midriff. Something like this: 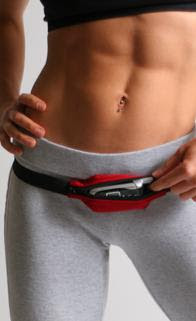 Was it an ad for a gym? Training program? Bowflex? No, it was advertising for liposuction.

The billboard not only implied that they could give you a muscled stomach like this. It actually spelled it out that you could get it "without sweating" by getting liposuction. Maybe it's that simple. Maybe we all have six packs hiding under all that insulating fat. Nurse, suction please.
Posted by Sean at Tuesday, May 06, 2008