I was never much good at goodbye. Practice doesn't seem to make it any easier.

I sort of stretched out the goodbye to San Diego over a couple of months. It gave me time to see things again, or for the first time. Either way, it was now through the lens of a short-timer, knowing that it might be a long time until I experienced this place again. For a while things didn't hit me, but in the past few weeks with time running out, I could no longer pretend that I would be able to fit in another visit.

With my friends, I put off the goodbyes for as long as I could. They threw me a going away party on Saturday. It would be the last time I saw some of them, but for some reason it didn't hit me square in the face that night. Somehow, it felt like another gathering, another celebration, and that there would be one next week or something. I had been down for visits a number of times before moving, so maybe it felt like it was just "so long until next time."

It finally hit me on Sunday. I had reserved the last day for a final Sunday outing with Matt, Holly and Kristy. Before Kristy and I were dating, the four of us often did things as a group on Sunday afternoons. It was soon dubbed the Sunday Activity Club, or SAC for short. We visited parks, zoos, beaches, or sometimes just found a nice wine bar where we could sit in the sun.

My move down here sort of started on one of those outings. The four of us spent New Year's holiday together in 2009/2010. To start the year, we went to Dog Beach with their dogs, and we went out to breakfast at Tower Two, a dog-friendly joint by the beach. I ended up moving down two months later, and it seemed appropriate to spend my last day the way I spent my first. 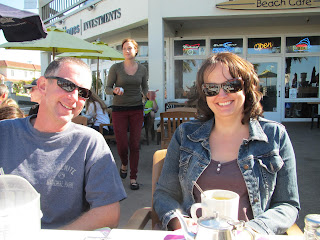 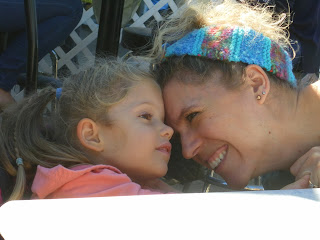 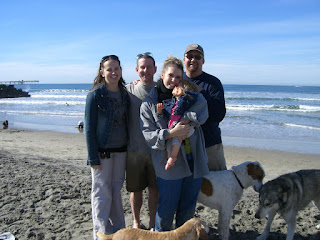 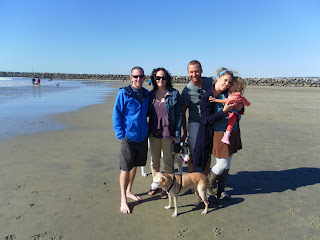 Sierra wasn't with me that first time since I was down on vacation, and I left her home again this time. Getting her to the beach was on my bucket list, but I realized seeing her at the ocean was more for my benefit than hers. She can't walk all that far, so it would have been more of a chore for her than an adventure. But I wanted to get my feet in the ocean, so I walked through the waves and let it all sink in. 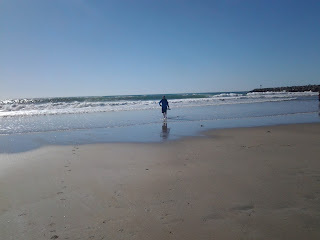 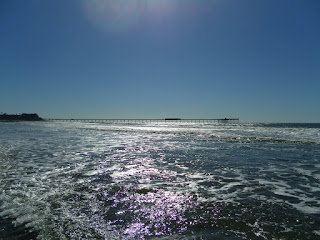 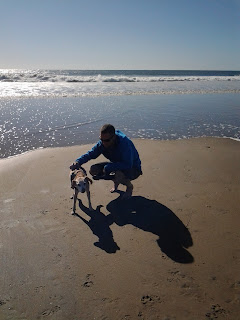 After breakfast and our walk on the beach, Kristy and I split off to go hike up Cowles Mountain to see the sunset. We had been trying to fit this in over the past month or so, but something always seemed to come up to derail our plans. The hike and the company were worth the wait. Seeing the sun go down for the last time in San Diego with her turned out to be perfect way to end the day and my stay, if a little bit too metaphorical. 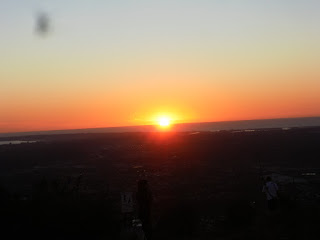 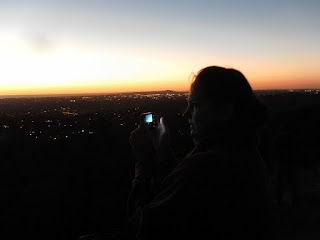 After finding our way down in the diminishing light, we went out to dinner, and then back to her place afterward. I could have stayed there all night, enjoying each moment as it passed, but saying goodbye wasn't going to get any easier. We both wanted to pretend that I would be back over next weekend, but reality set in minute by minute. I would have a tearful goodbye with Matt and Holly the next morning, but saying goodbye to Kristy was the hardest.

There will be lots of great "hellos", "welcome backs", and a new life in my future, but as I drive the road north, alone but for my silent canine companion, I can only replay the goodbyes to what I have left behind. I suppose I am one to slowly peel away the Band-Aid, rather than rip it off in one fell swoop. I don't know which way is best, but it hurts all the same in the end.

I will be back down for visits, so in a way it is "until next time" rather than any sort of final goodbye. I am not sure how soon, or how often I will be able to make a trip happen, but it will happen. Texts, Facebook and emails will keep me in touch, but it is of course very different than being there, seeing friends on random Tuesdays and hearing all the small stories. It was like that with my Washington friends for the last three years, so the situation is simply reversed.

I am blessed to have such strong connections in two different places. But it does double the number of goodbyes.