It all started with some sunburned knees. 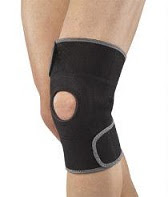 In the summer of 2002, I was working at the Keg Restaurant as a waiter. My friend Cherie showed up for her bar shift with a pair of sunburned circles on her knees. It was an oddly shaped sunburn so I had to ask. She said she had ridden in the Seattle to Portland (STP) bike ride the previous weekend, and had worn those flexible knee braces the whole way. She didn't think to put sunscreen on before the braces, so she had these neat little red circles on her knees.

She then began excitedly talking about how much fun the bike ride had been, and said she and her Dad were planning on another long ride in about a month and a half. Then the hard sell began that I should dust off the bike that had been gathering rust since I graduated college. Cherie's enthusiasm can be very persuasive, and it wasn't long before I found myself saying, "let's do it!"

The ride turned out to be harder than any of us expected, and we ended up only riding about 60 of the 84 hilly miles, but the challenge and beauty of that first ride had me hooked. Cherie and I would go on to ride many more Tours des Lacs, six STPs, and a few rides to Vancouver, Canada. And of course it ultimately led to my rides down the Pacific Coast and through Glacier National Park.

And it was Cherie who started me running as well. We were at a Super Bowl party in 2005 and she said to me, "grab a glass of wine, I have something I want to talk to you about". Once I had a few sips in me, she said "let's run a marathon!" She had a friend who was a runner and was targeting a marathon in October. I had two brief periods (a few months each) where I jogged once in a while, but it was never anything serious and it had been many years since foot had met pavement.

Once again, Cherie's enthusiasm was hard to resist, but in truth it didn't take much arm twisting. Both the STP bike ride and running a marathon had been one of those vague "someday" notions floating around in the back of my mind. Five weeks later we were running The St. Paddy's Day Dash, a 3.5 mile run from Seattle Center to Safeco Field. It is a great event with some 15,000 festive runners, and the new challenge and race day atmosphere had me hooked once again. We didn't make it to the marathon we had planned for October, but I ended up running ten events of varying distances that year, including my first half marathon. Cherie and I would later run a marathon together in 2007 and 2008.

Whenever we are planning the next biking or running event, or struggling to climb the last hill of a route, we often jokingly say "how'd I let you talk me into this?" Though Cherie was the spark to get into biking and running, I have enthusiastically picked up the gauntlet she threw down (what is a gauntlet anyway). I have done some of my own persuading to sign up for events, so the line of who got us into it gets kinda blurred.

But it is all in jest. I am so glad that I started biking and running, and thankful that Cherie gave me that first enthusiastic push to take them on. It has taken me to some amazing places (both physically and mentally), and I have met some wonderful people along the way. The biking and the running communities are amazingly positive and supportive. Everyone seems to share in your triumphs and setbacks. And the energy of a start line is something everyone should experience at least once.

I received a text message at around 11:30pm Friday night. It was from Cherie and it said, "Getting ready to ride the tour, but something is missing...oh wait, Sean is missing!" She and her Dad were riding the Tour des Lacs again over the next two days. I hadn't been thinking about it, but it was suddenly odd that I wasn't there, riding along with her and her Dad where this all began eight years ago. But it was nice to be in her thoughts, and it was great to hear today about how the ride went.

And that marathon we initially targeted in 2005 but didn't run? It was the Long Beach Marathon, which I will be running in about 26 days. It took five years to finally get to the start line but I will finally complete the journey we started out on.

And, of course, Cherie will be there in spirit. This is all her fault, after all.

Nice! Can't wait to hear all about the marathon!