The end of day

Beautiful World is a song that my friend Matt passed along, and it has become one of my signature songs. We were sitting on the sidewalk deck outside his apartment in Huntington Beach, and he asked me to guess who sang the song. It took me until a line or two into the next song to figure out that the singer was the former front man for Men at Work. The song and album will always remind me of the Lindens and spending time with them near the ocean.

Today was another hot one, and I decided to get out of the sweatbox that is my house. I could use a little sunset and lapping wave therapy as well. I headed down to the waterfront and found many others walking along the beach or sharing a ringside seat on one of the benches. We stared out into the ocean, lost in our own thoughts, as we watched another day come to a close.

I think I will try to rise early this week to get my running in and greet the sun as it rises. It will be my mission to drink in the beauty of the day, from start to finish. 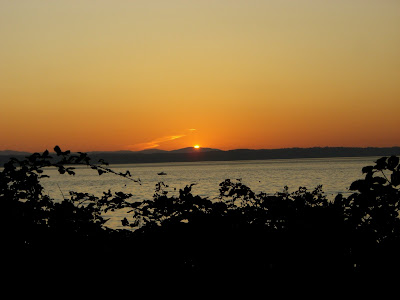 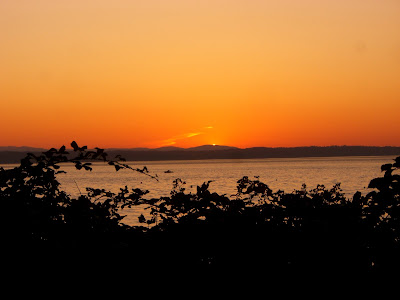 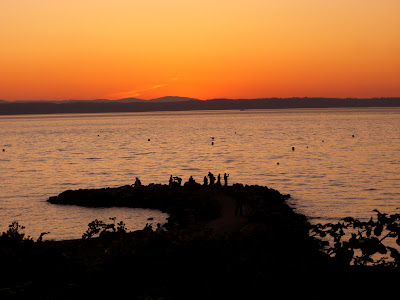 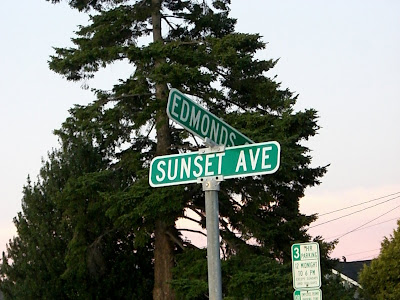 Email ThisBlogThis!Share to TwitterShare to FacebookShare to Pinterest
Labels: a better me, divorce, pictures, random thoughts

Now that's enjoying the summer for all it's worth!