Moments of light in a rather dark, two-year-long year

2021 felt like a terrible sequel to an already bad movie.

Inspired by a post a friend put up at the end of 2020, I tried to come up with a list of good things that happened during the year. It was a nice exercise to find the good in a year when everything was turned upside down for everyone, the whole world really. While I didn't expect that things would be back to "normal" in 2021, I guess I figured it would at least be a little better.

Yeah, no. Every dumpster fire can burn a little brighter.

I do my best to focus on the positive, but man it is tough sometimes, in some years. Beyond the *gestures broadly* of all we have been going through the past two years, there were more personal struggles and losses this year. Life will never be the same in a lot of ways.

Pain should not be compared, but my year was a blip compared to others. I worry about a friend struggling through long-Covid, while so, many, people bitch about the smallest inconvenience. Essential workers, once praised, are now just stretched thin, mostly forgotten. Homes lost to fires and floods amplified by climate change. Science and reality denied. Democracy seems more fragile than ever before. The ability to find common ground and any light at the end of the tunnel seems so far off. I don't want to bright-side any of it.

But I also don't want to focus on the darkness. None of the things below are about finding silver linings in adapting to the new normal. Just small moments that I would like to remember.

In February I tuned in to "watch" the rover land on Mars. I was certainly interested in it, but didn't feel all that invested. However, when it touched down safely, I wept at my desk. February was really hard watching Mom go downhill so fast, and somehow all the things going just right, millions of miles away, to make the Perseverance land safely, broke me in the best way.

There were a couple of times that music grabbed my heart when I wasn't expecting it. I was watching a virtual concert put on by Brandi Carlile and the twins. It was a casual thing, the three of them set up in her house. She played through the album "The Story" and the last/hidden track (remember hidden tracks?) is "Hiding My Heart". I had listened to the album and song many times, but listening to it 'live' made me hear it for the first time. It cracked me open for some reason that night.

The other time was with the song "Ablaze" by Alanis Morrisette. It is a song about a mother and her kids, and I had always listened to it as an imagined parent. I mentioned to it my friend when she was pregnant and hoped it resonated with her. Then it happened to come on the day before Mom's memorial while I was walking Izzy on a work break. It was the first time I listened to the song as a child rather than as an imagined parent. A song I already loved hit me in a new way. I was weeping again, needing to take Izzy on a longer walk than planned.

To my boy, my precious, gentle warrior
To your sweetness and your strength in exploring
May this bond stay with you through all your days
My mission is to keep the light in your eyes ablaze

And of course, a big bright spot of the year was seeing those great friends have their first baby. We shared in their excitement as the day approached, and it has been wonderful to see their new family form and grow. Love and hope. And the cutest kid by the way.

There were other good moments like my trip to San Diego. Seeing friends after years apart. So much to catch up on, but picking up like no time had passed. The walks by myself in the sunshine and remembered beauty. Seeing different people finding the same favorite spot on consecutive days to let the waves wash them clean.

Vaccines, boosters, the North Bend Beer Runners, family at Crescent Bar, golf with friends, music on Twitch, walking in the snow, and a friend's engagement on New Year's Eve. So many good things. Lights holding back the darkness.

May there be moments large and small that make 2022 a little bit brighter for all of us. 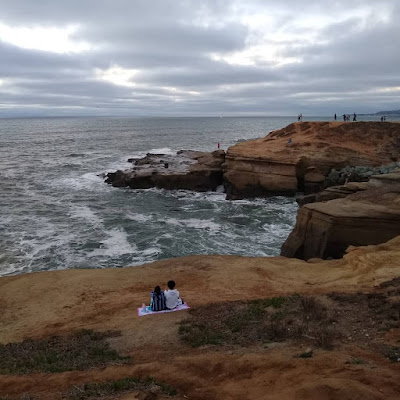 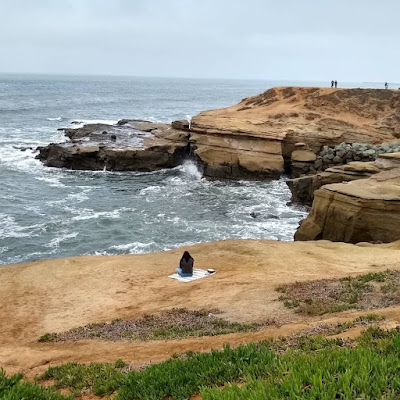 Email ThisBlogThis!Share to TwitterShare to FacebookShare to Pinterest
Labels: personal

I love your prose. It, and you, touch my heart and soul. My wish us that 2022 is better for you and everyone

And another bright spot (for me anyway) are your blog posts! It seems you were on hiatus for a while and I for one, am glad you're back.
As usual, a lovely and insightful blog, Sean!