The week between Christmas and New Year's Eve always feels like some sort of limbo. School is out, many people take the week off of work, and there is sort of a emotional hangover from Christmas, that often leads into the more typical hangover of the New Year. This year was no different, while being quite different.

Unlike 2020, there were some cautious gatherings in 2021. At the annual Keg Christmas party, I wore a mask the whole evening. At the Christmas Eve gathering with friends, everyone had to show a negative Covid test to get in the door, particularly since there would be young children there unable to get a vaccine shot. At the family Christmas gathering, all were vaccinated and many took Covid tests prior to arriving.

Covid still found a way. A family member started feeling poorly and tested positive Monday morning (Christmas was on Saturday). He was vaccinated and boosted, and fortunately it appears to be a mild case for him.

The Seattle area received a bunch of snow on the day after Christmas. This is not all that unusual, but what was unusual was how cold it was going to be all week. The snow would be sticking around for a while, and the roads were very icy. I was already debating going into the office on Monday because of the roads, but the possible Covid exposure sealed the deal. Staying home.

I isolated for the week. I had used the last of my home Covid test kits on Christmas, and the stores were sold out of them. All the local test sites were overrun by people in my situation, and the snow made things worse since several of the sites could not open. I was able to get an appointment on Thursday thanks to a friend constantly refreshing a website and snagging someone else's cancelled appointment for me. I fortunately tested negative.

I had planned a week off for vacation earlier in the month, but a workmate had emergency surgery so I stayed in town to help out at the office. With the snow/Covid situation keeping me at home, I had a bit of a staycation instead.

I walked around the neighborhood a bunch. Though Izzy acts like she will melt if rain touches her, she absolutely loves the snow. Though we had walked them a hundred times before, each street looked a little different in the snow. Kids, and kids at heart, took over the streets and parks to sled, and there seemed to be a little surprise around every corner.

I shut off my alarm clock for a week. I read, finishing one book I liked and another that was just OK. I did a bit of writing, played a video game I hadn't played in a decade, and ate way too much brie and other appetizers left over from Christmas. Probably no coincidence that I gained five pounds in December. New Year's Eve was spent alone at home with wine and pizza, but with friends sending videos back and forth throughout the evening.

It wasn't the vacation I had planned, but being forced to slow down for a week at home had its bright spots. 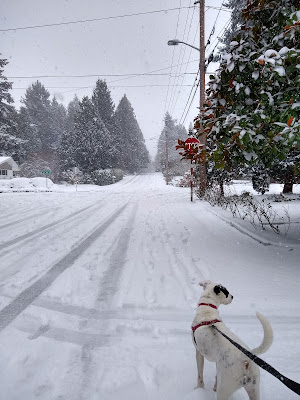 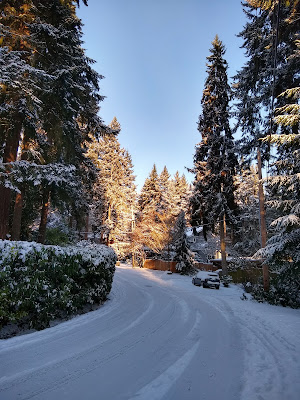 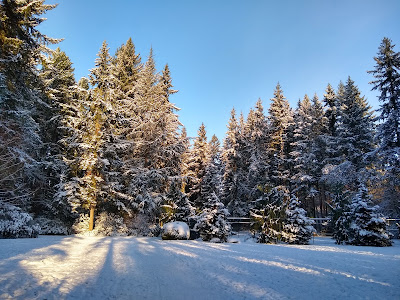 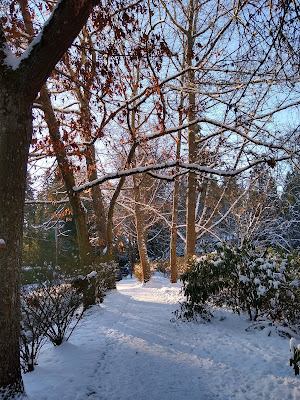 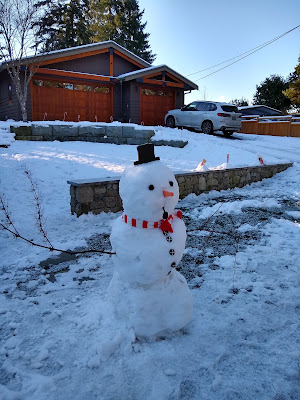 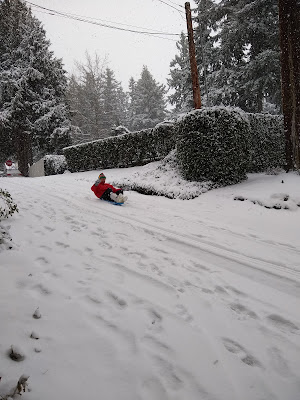 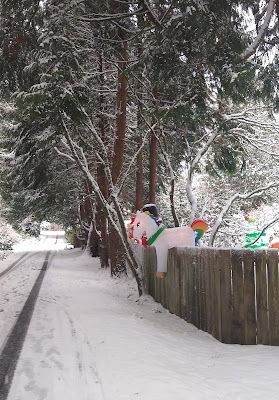 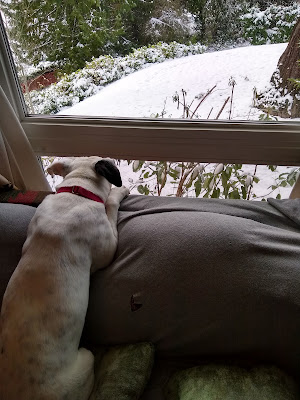 Well the hibernation has produced some great blog posts! Hope that we’ll continue to see more as you re-emerge!!