A San Diego state of mind 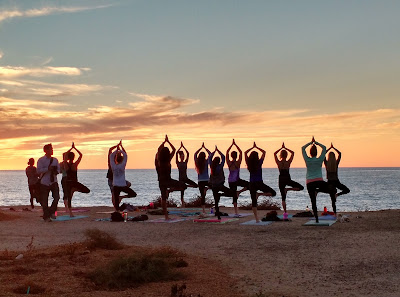 I landed in San Diego on Thursday, and after finding my luggage that had arrived a day earlier, I hopped on the shuttle bus to the rental lot. I ended up with a basic Nissan coupe, with the most important features being great gas mileage and a place to plug in my iPod, as I would be on the road quite a bit. Though my new-to-me Honda is a noticeable improvement over the old truck, driving a new car highlights the fact that my "new" car is more than a decade old. New is just so tight, clean and appealing.

After getting my new wheels, I headed out of town immediately. I would be spending my first night in Oceanside seeing the "Other Sean" and his wonderful family, and the following night in LA visiting other friends and checking out the brewery they opened a year ago. The feeling started to sink in on the drive north to Oceanside, a feeling of warmth and peace. This was home for almost three years, so memories rushed back as I drove through a landscape so different from Washington. I found myself smiling behind the wheel, at least until traffic slowed to a crawl in huge backup.

This vacation is a bit different than most. It is both getting away and going home. As I have written before, I am blessed to have many friends that feel like family, and doubly blessed to have two places that have these anchors of friendship. I have been welcomed back and into homes like no time has passed, yet heard so many stories of what has changed over the three years since I have been away.

Outside of reconnecting with friends, I left the rest of the itinerary largely empty. There are no real tourist destinations to hit this time around. It is more about taking advantage of the vacation bubble and catching up and reconnecting with parts of my life that I have let drift away. A week unscripted seems both a lot of time to fill, and not nearly enough time to get it all done.

The last couple of days I have largely wandered. Most of the (intended) destinations were about being close to the water. Like so many, I am drawn to the shore for vast horizon, crashing surf, and the peace that those things bring. A visit to Dog Beach (sorry Disney, this is "The Happiest Place on Earth"), a run around Mission Bay, and a trip to Sunset Cliffs to watch the sun go down were on the list, but most everywhere I went a memory popped up.

Some were obvious like when I headed out to the old house and regular haunts, but others were decidedly random. Just bits of life relived three years later. I was on a run from Dog Beach up to Sunset Cliffs and back Monday morning. I passed by a set of low houses with shallow paved front areas. Hanging from the fence were sets of planter boxes. I recalled running by one of these houses in the middle of summer a few years back and a guy was out watering the plants baking in the sun. Seeing me approach, he lowered the hose so as not to splash me. Eleven miles into training run, I slowed to a walk and asked him to spray me down. He was happy to oblige, and we ended up chatting briefly before I pressed on. A moment lost in thousand others that I had forgotten about, but came back so clear when running past three years later.

I found some peace here three years ago, and I am here seeking it again, though on a much tighter time frame. It feels like leaving my schedule and time largely open will give me a chance to soak some of that San Diego vibe in random moments. The yoga at sunset, surfers heading out in the morning, and dogs romping in the surf throughout the day. Like California this year, I am need of a good soaking. 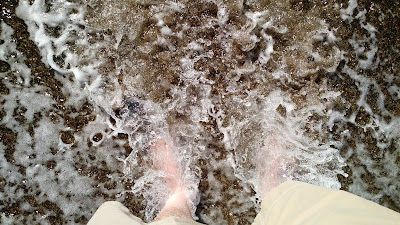 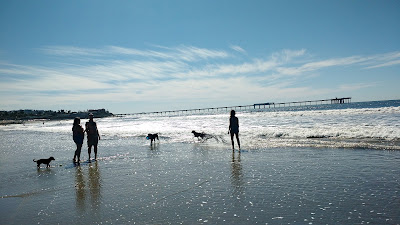 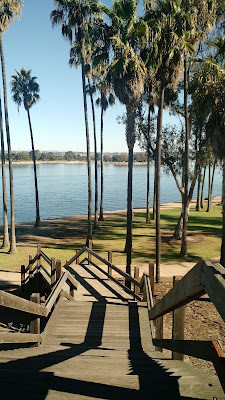 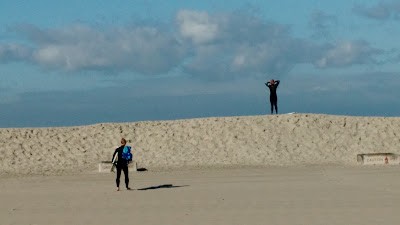 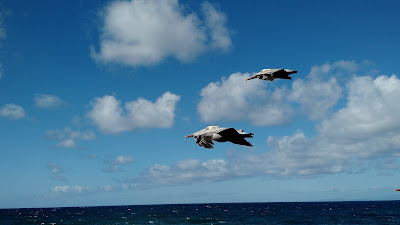 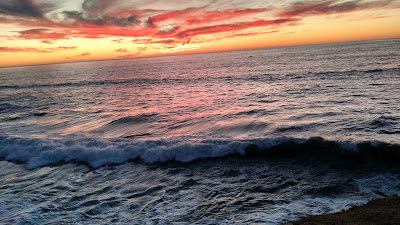