I'm not finished yet

As I am sure you have heard elsewhere and everywhere, a small group of people have predicted that the world is going to be very different after 6:00 P.M. tonight. Earthquakes, rapture, end of days sorts of stuff. I did a quick glance over the math involved in calculating that the rapture would occur at six o'clock on May 21st, and it is pretty convoluted. In one part it depends on days equaling years, and it makes me think of the scene from Star Trek II.

I am not taking this any more seriously than any other 'end of the world' predictions, but I am having a hard time totally mocking it. Not that I haven't enjoyed some of the stuff flying around Facebook. The UPS-like notice was pretty  funny, and the company of atheists that will watch your pets after you're gone is a clever way to sell piece of mind. But I just can't pile on for some reason. Maybe it is my unsure footing. Would I be mocking this guy's prediction, or the whole concept.

One post I don't understand is, "I know that pastor is crazy, but seriously, who doesn't want to go to heaven sooner rather than later?" This comes from a young, happily married, successful, Christian believer with his first kid on the way. I just don't get it. Heaven's not going anywhere, right. Why would anyone be in a hurry to leave this life.

Then I got off my self-righteous high horse and wondered if I am doing all I can to appreciate this life. And what would I do if I knew it was my last day. Not that today is it, but it could be any day for any one of us. So far today I have given my dog a bath to soothe her irritated skin, took her for a quick walk, returned a long e-mail to a friend, did some other writing, and went for a six mile run around the neighborhood.

It was during the run when this all started to percolate. It is a lovely, sunny day here in San Diego, and the Jacaranda trees are in full, purple bloom. There were a few other runners out, and I exchanged friendly waves with more people than usual. An ice cream cart rolled by, and I noticed how the tone of the ringing bell changed as it approached, and then went by. I heard the throaty rumble of a couple Chevys from the '70s, a beautiful sound no modern car can compare with. While waiting for a light to change, I noticed a perfectly restored 1967 Mustang, a gorgeous specimen of the first car I ever owned. I arrived home safely, feeling much better for the effort, though the toe is giving me some trouble afterwards.

Though I was listening to a podcast while I ran, a new favorite song popped in my head. It is one that was originally passed on in a YouTube video by Matt, and after hearing it once I tracked it down online to buy it. It is great song about how we and our expectations change as we move along through this life. I can't imagine shortening this life by a minute. Warning - there are two f-bombs in the song if that is a concern.


And when they put me in the ground
I'll start pounding the lid,
saying I haven't finished yet.
I still have a tatoo to get
that says "I'm living in the moment".

So whether or not the guy predicting the Apocalypse is crazy or not (and I sure hope he is), he got me thinking and noticing today. I felt that much more present during my run and it inspired me once again to make the most of what I have.

I plan on spending the evening with Kristy, probably working alongside her for a while, but then enjoying a nice meal and a bottle of wine. A perfect end to another lovely day. 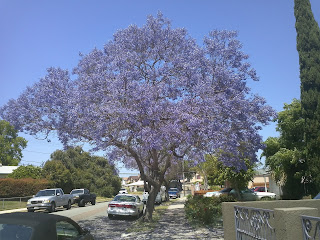 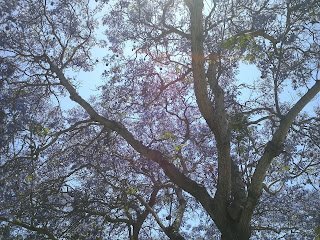