J.P. was a local icon in Seattle, and I heard the sad news that he passed away yesterday after a long battle with cancer. I wrote a little something about him last year when he made his last public appearance. It is a sad day for Patches Pals everywhere, but he will live on in the many hearts he touched. From the Seattle Times obituary:


"Every type of kid imaginable watched J.P.: the geeks, the bullies, the popular kids, the invisible kids," biographer Johnston wrote in his book, "J.P. Patches: Northwest Icon," which he co-wrote with Wedes in 2002.

"They were drawn to him because he wasn't a namby-pamby, goody-two-shoes ... He wasn't preachy, but lessons were learned."

His show was unscripted, and you could tell he was having just having fun doing it. He and his longtime cohort Bob Newman would often break out in laughter while they improvised, and you always felt like you were in on the joke. Though he didn't seem to take himself too seriously, he was dedicated to the children that watched every morning, and to the many fans that followed him long into adulthood.

You will be missed Chris Wedes, the man and the heart behind the makeup. 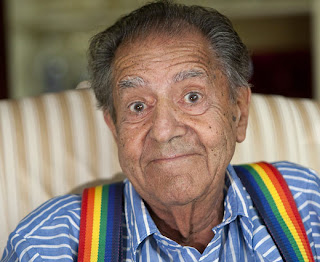 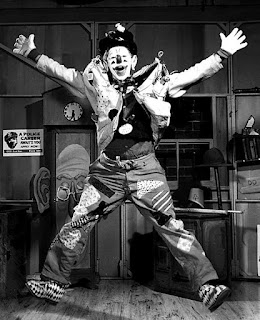 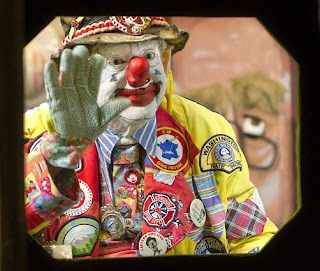