My December goal was to get my first novel published by the end of the year, and I got it in just under the wire.

I finished off the latest edit back in October, and I sent off a copy of it to one of my beta readers to check for typos and grammar errors. While I was waiting to hear back, I read it again. And edited it again. This really could go on forever.

The book still needed a new cover before I put it up for sale. Back in May when I printed out a few copies, I put together a quick cover to experiment with some image software, and to see how the finished product would look. I used a nice shot I had taken at the Grand Canyon, but it had nothing to do with the story. I had some vague ideas what I wanted the new cover to look like, but I had done nothing for the past six months.

I took my vague ideas and a camera down the coast. I didn't find what I was picturing, but I ended up stopping at one of the beaches just to get something on film. Armed with a self-timer, I used benches, garbage cans, and the bike rack on my truck as makeshift tripods. I took several shots, dashing back and forth, trying out multiple looks, and trying to ignore the odd stares I was getting. I ended up with some good initial shots, and just seeing these first attempts gave me some more ideas.

I went out for another round a day later, and took home more good pictures, but nothing that really grabbed me. I showed the photos to a few people, and walked away with some good feedback and a better idea of what I wanted. Then I was in Seattle for eleven days.

I got my typo report back, fixed the, worked on the website and other background stuff while I was away, but I couldn't do anything about the cover until I got back in town. I returned the night of the 26th and headed out on the 27th for another photo shoot. After lots of dashing back and forth with the self-timer, I had thirty more photos. I couldn't really see how the photos turned out with the sunlight bouncing off of the camera screen, so I went home hoping I had something good. I ended up using the last photo I took, so I am glad I kept trying.

I updated the cover with the new photo, and was ready to submit it for file approval. And I was still messing with the text. I had to get this thing out of my hands. I uploaded it to CreateSpace and waited for them to make sure there weren't any formatting problems. I received their approval on the 29th and immediately ordered a proof. Now I had to wait for the hard copy to show up so I could make sure everything looked okay in print.

The anticipated ship date was sometime around January 6th, so I wasn't going to make my year-end deadline. But I was so close I was willing to call it a victory. Then, somehow, during the post-Christmas chaos of shopping and shipping, CreateSpace and the Post Office had the proof in my hands on the afternoon of December 31st.

I filled out all the last minute synopsis, author bio and pricing information and hit "Approve" at around 5:00pm. I was published. More or less. The book could have been purchased on the CreateSpace site that day, but it didn't show up on Amazon until January 1st. The listing still isn't completely ready as the web machines haven't attached the synopsis and preview, but it is available for sale!

So after much last minute scrambling, my debut novel is live. 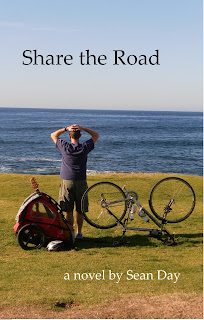 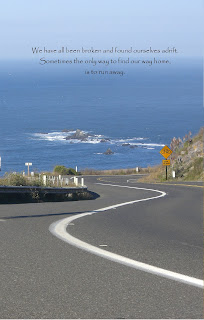 I am still working on a website, and the Kindle version isn't live yet (Amazon appears to still be working off its New Year's hangover). There will be a Nook version as well, but the paperback version is now available for $7.99 at Amazon.com. Buy it through this handy Share the Road link

, and I make an extra thirty cents on the deal.

Congratulations. I look forward to seeing it.

You are awesome! I can't wait to read it. Next time I see you I need an autograph!

That is fantastic! Very Awesome! Congrats!!