I was back up in Washington again, for over a week this time. Since my move to San Diego, I have tried to get up there about every six months, but was fortunate through airline miles and generosity to make two trips in the past month. I couldn't afford the time away from work, but felt I couldn't miss this trip.

When I was a kid, my mother's side of the family seemed to get together every month. With nine cousins to go with uncles, aunts and grandparents, there was always a birthday or other holiday to celebrate. As we got older, lives became more complicated, our generation started having kids, and the group reached some sort of critical mass where it was difficult to get us together under one roof. Our visits went from monthly to maybe twice a year.

But through the years, there was always a week in the summer that was sacred. My extended family has been gathering each summer for some 30 years to spend a week together.

It began at Sun Lakes in eastern Washington. The cabins were old and run down, but they were an air-conditioned spot near the lake. Nearly everyone learned to water ski there. Older cousins taught younger ones, who then went on to teach the next generation. They'd float next to you in the water holding your skis, a stabilizing and calming presence before the boat would jerk you out of the water with a shout of "Hit It!"

About 15 years ago, we moved our annual summer week to Crescent Bar on the Columbia River. The old cabins were exchanged for nicer condos, the small lake for a wide, slow moving (and colder) river. There are more toys and even more people. You'd need six or seven hands to count them all. Boyfriends and girlfriends have become husbands and wives, and more children are bringing new friends. The annual trip has the same heart, just in a different place. There is a little less excitement as an adult, but no less joy.

I hadn't been in three years. Last year I just couldn't make it happen, and in 2009 I just couldn't handle it. I was in the thick of the divorce and I just wasn't ready to face my family. But this year it was back to restorative waters and family, especially since it might be the last time.

The condominiums are built on land leased from the Public Utility District. The condos were built during a 50 year lease term, and owners were given every indication that the lease would be renewed when it expired in 2012. Some locals have argued that the public land should be made into a park with additional campgrounds, with the condos being knocked down to build a parking lot.

The non-renewal of the lease seems to be out of spite rather than to benefit the county. A renewed lease at market rate would likely bring in more revenue than a campground, especially considering the current one is often not full. The condos are primarily rentals, so they already bring in tourist dollars to nearby Quincy.

I also don't imagine any level of government has the money to invest to convert the island to a new use. There is already a public beach on the island, and it is not expanded in the new plan. The rest of the island will likely sit dormant for quite some time, not available for public or private use, and not producing much-needed revenue for the county.

So since this trip might be the last to Crescent Bar, I wanted to be there just in case. The weather wasn't as nice as normal, and there was a figurative cloud hanging over as well. My uncle and cousin also spent some time in the hospital, so it was a rougher week all over.

But it was still a wonderful week. I am blessed in the family and friend department. We all enjoy time with friends, but not all of us want to spend extended periods with siblings, cousins and uncles as adults. I am pretty lucky to have a group that still enjoys hanging out after all these years.

If Crescent Bar does come to an end, there is talk about starting over again somewhere else. It won't have the same feel, and we will be one more step removed from where we started. But the trip is more about time with the family than where we are sitting. Wherever we go, it will have the same heart, just in a different place. 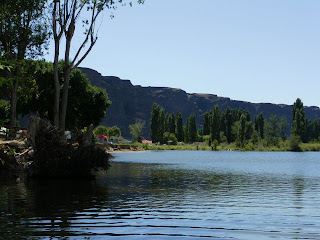 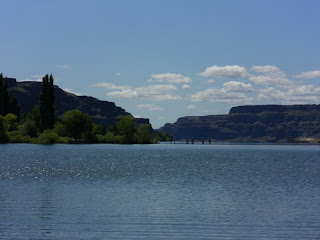 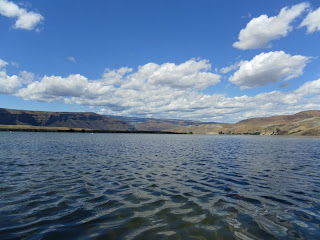