A box full of memories

My grandmother was a wonderful woman.

Her name was Gladys, but I can count on one hand the number of times I heard someone call her that. She was 'Nannie', and not just to family. And she was never Grandma, always Nannie. It seemed a much more powerful endearment. Friends and coworkers called her Nannie all the time. I am sure that this was not true when she was a bit younger, but even so, when was the last time you heard a coworker called essentially 'grandma' at any age.

She passed away a couple decades ago, but her presence is still there at family gatherings. When I was up at Crescent Bar earlier this month, my Mom brought along a box of things she had discovered in a closet. It was a box of assorted things from Nannie's basement. She brought it along so all the cousins and grand kids could go through it and maybe take home a memento or two.

As we went through the box together, we reminisced and did a mental walk-through her old place. Her house was over in Seattle, not far from the University district. It was an older house, and the rooms were small and the floors a little creaky. There was a radio console with a slide out record player and a hidden little game cupboard behind the rocking chair. There was a formal dining room just inside the front door. We kids rarely sat at the main table, but often stole butter mints from the candy dish.

But the place we talked about the most was the basement. A set of very steep stairs led down to a rather dank basement. The laundry area was down there, but it felt like the walls were soaked with moisture from the ground outside as well. Though the upstairs was kept rather neat, the basement was a maze of stacked boxes and  old items she just couldn't part with. The concrete floor was slightly buckled, adding to the feeling that the world outside was constantly pressing to get in.

Inside the box my Mom brought to Crescent Bar were programs from football games, high school productions, and several music pamphlets. It was interesting reading through the relatively trivial from nearly a hundred years ago, but there was also a printed pamphlet of an address by President Wilson on April 2, 1917. There was a metal hard hat from the Civil Defense organization. Apparently Nannie was a member of the neighborhood watch during the war, and wore the helmet as she went around getting lights turned out to darken the city.

There was a box of some 30 photos from when she was a high school junior or senior. None of the pictures were of her, but rather of her classmates, some with personal notes. It appeared that these formal pictures were exchanged at the end of the year in place of the high school annuals we have today.

There were also things from my grandfather as well. I never knew him, as he passed away when my Mom was only 15. In the box was a straight razor and a sharpening stone, the kind you only see in barber shops these days. There was also a set of pipes and a cigar holder. They looked barely used, though from what my Mom said he primarily used the cigarette holder, which was missing.

When I opened the carrying case, I smelled something familiar that I couldn't quite place. It wasn't tobacco, as the bowls of the pipes were clean. After some rooting around in my subconscious, I realized it was the same musty smell that was in the felt-lined case of the trumpet I played in grade school. The trumpet and case were a hand-me-down from my other grandfather, my Dad's Dad.

I let most everyone pick and chose before I took anything from the box. One of the younger cousins took the box of high school pictures, but I grabbed two from the stack before she left. I also picked up the Presidential address that no one seemed interested in. And I was glad that no one but a too-young cousin was interested in the pipes.

I don't smoke, and unfortunately never knew my maternal grandfather, but I cherish this small connection just the same. And whenever I open the box, the musty smell will remind me of my other grandfather as well. There are more meaningful things that came out of that basement, but it is interesting the significance we all found in one random box. 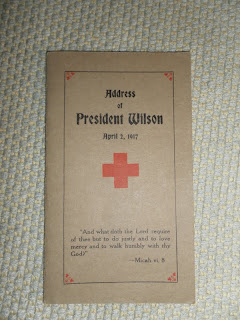 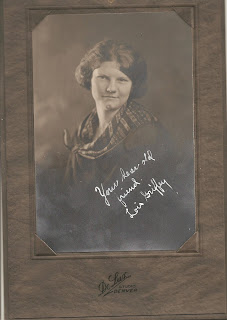 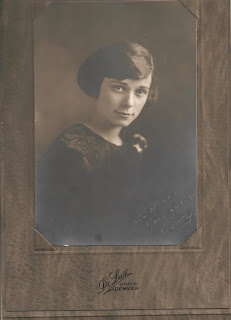 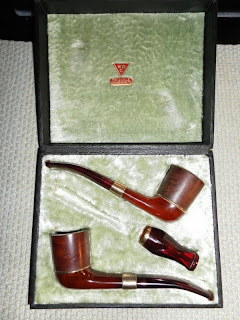