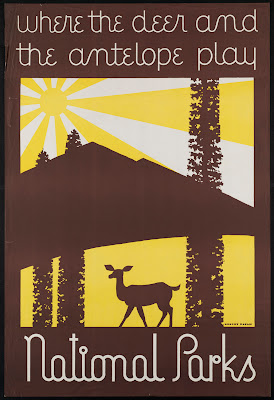 God has cared for these trees, saved them from drought, disease, avalanches, and a thousand tempests and floods. But he cannot save them from fools.

Yellowstone National Park, established by the U.S. Congress and signed into law by President Ulysses S. Grant on March 1, 1872, was not only the first national park in the United States, it is widely held to be the first of its kind in the world. The National Park Service was not established for another 44 years, but the setting aside lands "to conserve the scenery and the natural and historic objects and wildlife therein, and to provide for the enjoyment of the same in such manner and by such means as will leave them unimpaired for the enjoyment of future generations" began at Yellowstone.

More from Wikipedia - Ferdinand V. Hayden (an early surveyor of Yellowstone), while not the only person to have thought of creating a park in the Yellowstone region, was the park's first and most enthusiastic advocate. He believed in “setting aside the area as a pleasure ground for the benefit and enjoyment of the people” and warned that there were those who would come and “make merchandise of these beautiful specimens”. Worrying the area could face the same fate as Niagara Falls, he concluded the site should “be as free as the air or Water.” In his report to the Committee on Public Lands, he concluded that if the bill failed to become law, “the vandals who are now waiting to enter into this wonder-land, will in a single season despoil, beyond recovery, these remarkable curiosities, which have requited all the cunning skill of nature thousands of years to prepare”

There are now 58 protected areas known as National Parks set aside in the United States. A list can be found here. I have friends who intend to visit them all at some point, and after looking through the list it appears I have only made it to seven so far. I will never see them all, but I will never forget visiting the Grand Canyon, riding my bike through the Redwoods, or climbing part way up Mount Rainier.

Though I suppose there is a way to value all the land within the parks, it is impossible to put a price on what it means to have these wonders of nature set aside for us and future generations. As John Muir also said, "Everybody needs beauty as well as bread, places to play in and pray in, where nature may heal and give strength to body and soul."

I am thankful that they were saved from the foolish among us, to continue to nurture the best that resides in all of us. 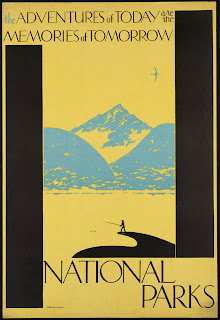