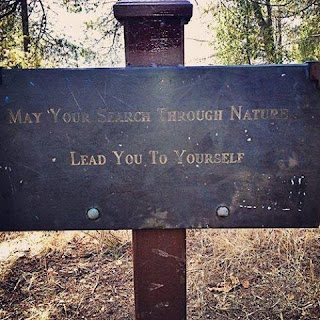 I have been watching a lot of YouTube lately. Probably too much really. For the last few months it has pretty much replaced TV/Netflix/Hulu so there isn't really more screen time, but it is all couch time. One of my favorite channels is the Vlogbrothers. I will write about them later but on one of the videos where they take questions, one of the viewers asked, "What are you most excited about right now?" Before answering the question, he praised it and said this is something we should always be asking ourselves.

It is easy to have your days and years become dulled when you lack a place to focus your passion. Adding to this, without that focus, passion dissipates. I assume this is not rare, but there are long periods of my life where the days pass by with almost no notice. The common question on Monday is, "what did you do this weekend" and many times I have to stop and think. It is not that I don't have semi-regular adventures great and small, but again the memories seem dulled. Without a level of passion, it is like I am not fully there.

Anyway, for the past few months, I had an answer for "What are you most passionate about?" Through all the long days and short nights of tax season, I was thinking and planning for The Wonderland Trail. When I got home each night, I would be researching the trail, watching videos about backpacking advice and following people who were hiking the Appalachian Trail to try and get a sense of what it felt like. Over the past few years, I have slowly accumulated the necessary gear for a long backpacking trip, but now the focus would be on trimming back on the items to reduce weight and make the hike a bit easier. Every ounce saved would make the hills seem a bit less steep.

And there would be hills.

The Wonderland Trail circles Mount Rainier, covering some 93 miles. Though you don't climb anywhere near the peak, you still climb and descend 22,000 feet in the process. Looking at a profile of the hike, it seems like there are no flat spots, and you are always on one side of a climb.

There are several designated campsites along the way where you must camp, so no pulling over at some random spot in the woods. You not only need to get a permit to hike The Wonderland Trail, you must have a planned itinerary before heading out, reserving a spot in each campsite you plan to hit. In other words, you don't get to decide that you are feeling a bit sore and take an extra day in camp. You have a place to be each night, and miles to go before you sleep. Even getting away from it all has necessary structure.

The reason for the structure is that they allow only a certain number of people on the trail at one time, This is both due to the number of campsites and also to balance access with keeping the park in good/wild condition. Due to these limitations, each year there are more people that want to hike the trail than there are spots. Much like popular marathons and other events, there is a lottery to get in.

This year seemed perfect for The Wonderland Trail. This longer trip was sort of a progression from the backpacking I had done in the past few years. I had most of the gear, some of the know-how and enough experience to (think that I could) do it. In past years, I have had overlapping running and biking goals that interfered with each other. This year, there were no crazy runs or rides to train for so I could pretty much focus on backpacking. Plus there was that fiftieth birthday knocking on the door. This would be the year.

I found what I was most excited about. Now I just needed to get in.