Leaving California with an aching in my heart*

I moved down to San Diego back in February of 2010. As I mentioned back then, I came down here for several reasons. 2009 was a tough year for me, my toughest really. Several of the pillars on which a life is built crumbled beneath me. I lost my wife, my house and my job. Through the process of loss and counseling, inner walls cracked and fell as well. By the end of the year, I felt shattered into a hundred little pieces, but with the feeling that I could build a more authentic version of my self.

I spent the week after Christmas 2009 down in San Diego with my friends Matt and Holly. They of course were going through their own struggles. Jobs had been lost, and money that was already tight became scarce. With my life a jumble of puzzle pieces, I decided to move down to San Diego. They needed a renter, and I needed a fresh start. I had no clue how it would all work out, but it felt like forces were coming together, and that it was the right turn to make.

I figured I would be down here for six months or maybe a year. Clear my head and open my eyes to new possibilities. I already had some good friends down here, and with time we became even closer. People I sensed were something special, revealed genuine beauty. Friendships grew, and then turned into something more, and I found love here as well. I started considering San Diego long term.

My time in San Diego up til then had always felt like a break from real life, a temporary visa that was due to expire at any time. As San Diego began to feel more like home, I felt more torn than ever. Though my heart was growing again here in San Diego, Washington still felt like my real home. Deep reflection ensued, and I made myself miserable for months.

Although I have made progress on the personal front, professionally and financially I was moving in reverse. I needed to make a new foundation, and for several months I wondered where to begin, and not just in a to-do sense. After some difficult debates and painful conversations, I have decided my best chance to start again is back in Seattle. Once again, I have no clue how things will work out, but it feel like this is the next turn in the road.

As difficult as it was to say goodbye to everyone in Washington when I moved down, it may be that much harder to say it again to California. When I left Washington, the rough plan was to return in about a year, so that buffered the decision. Now I have no clue where the next few years will lead me, and I have no such comforting feeling as I pack up the U-Haul this time around.

As close as I was to Matt and Holly before, they are now family. Sean Hawkins was already a good friend, but now he has become one of the best. Marci and their kids have welcomed me into their Home (capital H). So many like the Kesslers who I met as these great people who gave their time and spirit to the 2008 remodel, turned out to be sainted friends in everyday life as well.

And of course there is Kristy. She is the biggest fallout from this decision. There were other issues, but this mid-life reckoning of mine was the brick wall we ran into. Even though the relationship didn't ultimately work out, she made me believe in love again. I don't know what leaving will mean for either one of us, or where our paths may lead. I only know that there will be a void, that it will be painful, and I may live to regret it.

Sean Hawkins, being the enthusiastic, creative force that he is, started (verbally) writing the sequel to my life story at work the other day.


"Here's a guy who headed south after a painful divorce, only to find love again. He stopped being this morose guy, he wrote a book, and learned to brew beer. He ran in a bunch of races, got faster and faster, and dropped twenty pounds in the process. And he brought shade to hundreds of overheated Californians."

Though I never doubt for a minute how lucky I am, I rarely look at what I have done with such a rosey lens, so it makes me appreciate friends like Sean that much more. I would like to return to Washington the conquering hero, fully cleansed, having left my baggage on the shore to be washed out to sea. But I know that is unrealistic, and I am still a bit of a mess. I don't know what life would have been like if I had not made the leap south, but even though I have plenty left to work on, I know I am a better person than I was a couple of years ago. San Diego, and more importantly all the people, have been a big part of that.

The plan is to move back sometime in early or mid November. Work and U-Haul schedules are a bit up in the air, but I would like to be back home by Thanksgiving. I look forward to spending more time with my parents, my close and extended family, and reconnecting with old friends once again.

There is plenty to look forward to, but so much I will miss. Matt and Holly have been torn between Seattle and San Diego since they moved back ten years ago. Now that I have a deeper connection with the sunny state, I can finally understand what it is like. 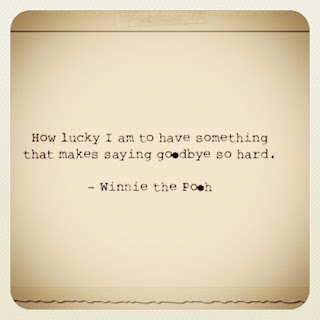 SoCal's loss is our gain. Interesting that it is harder to leave there due to no big plans of returning like you did here. Makes sense. Peace to you as you tie up the ends and enjoy the next couple of months with everyone.

It's been so great having you here. The house will seem much more empty come the end of November. Once you have returned, our draw to Seattle will be even stronger. Until then, let's soak up So. Cal and celebrate! Pull out that bucket list!

We randomly picked Seattle for our honeymoon. I always want to go back and visit and now I have more reasons :)